There’s only a few more days before the epic trilogy between Dustin Poirier and Conor McGregor is complete. The two will meet in the main event of UFC 264 inside T-Mobile Arena in Las Vegas atop a loaded fight card on Saturday night. They will also go face-to-face on Thursday at the press conference for the first time since their meeting in Abu Dhabi earlier this year.

After Poirier scored the shocking TKO over McGregor in January, many expected him to be next in line for the vacated lightweight title after Khabib Nurmagomedov’s sudden retirement. Instead, Poirier chose to pursue the big money third bout with McGregor and left Charles Oliveira and Michael Chandler to scrap it out for the crown. With Oliveira scoring his own surprising knockout to claim the belt, UFC president Dana White has said that the winner on Saturday is next in line for a title shot.

The rest of the card fills out rather nicely with a combination of rising prospects on the verge of stardom and veterans looking for one last ride near the top. Look no further than the co-main event for the latter as Stephen Thompson looks to ascend to one more title challenge with a win over Gilbert Burns in the welterweight division. Plus, former title challenger Carlos Condit looks for his third straight win when he takes on Max Griffin on the preliminary card.

At UFC 264, one man will have their hand raised and will claim superiority in the rivalry nearly seven years after it began. Below is the complete fight card with the latest odds from William Hill Sportsbook. Stay tuned to this page throughout the build up to the event for the latest news, analysis and info. 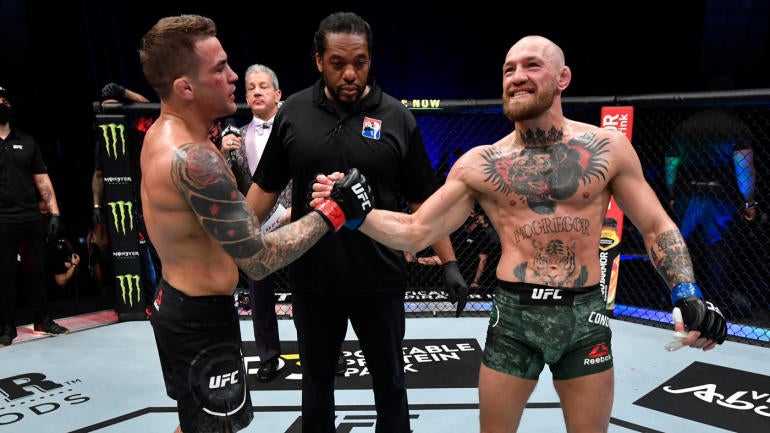